Marketing is the primal tool for the proliferation and amplification of any kind of business throughout the globe. The New York Times defined marketing as “the art of telling stories so charming that people lose track of their pockets”. The better businessman are better marketers. The thin line drawn between successful businesses and the flop ones is marketing, and there is no healthier or superior way of marketing than explainer videos.

Over 3.6 billion people world wide use social media and this number is more likely to increase to over 4.41 billion in 2025. Social media has now become the basic source of marketing, whether it is Instagram, Facebook, YouTube or any other platform marketing is done everywhere, and if you are an owner of a business and you want your products to reach maximum viewers through marketing there is nothing better than an explainer video.

People usually don’t even have time for themselves in this busy era of technology and digitization so they don’t tend to watch lengthy, dull and boring advertisements, explainer videos have made it easy for them to watch the commercials of their favorite things. Explainer videos are designed in such a way that these does not gulp the time of the customers which is most important for them and us as well, they are short in length but full of knowledge. Explainer videos are the prime source of knowledge transmission from the minds of makers directly to the consumers of the things made.

Statistics over the years have clearly stated that explainer videos are on the top of the list for effective, practical and impressive marketing and campaigns of any kind. We are not telling you all the pros of explainer videos just because we are the producer of explainer videos but to enlighten you with the reality that explainer videos are acting as vertebral bones for the growth and production of any business. 775 million people at present moment are unable to read, explainer covers them also. KISS metrics have came to know by there recent surveys that videos induces 380% more chances for call to action than any other sidebar.

It is rightly said that ” a picture explain a thousand words” now you can vividly imagine how many words can be explained by a video as it is succession of thousand of photos rapidly. Our brain evokes more emotions when it sees moving things rather than a still picture.

Videos can also add non-verbal type of communication, by the body language or verbal tone and facial expressions, any viewer can get the exact message which the content creator is trying to spread. As a matter of fact a viewer is 27 times more fitting to click on a video rather than any other medium. Social videos are shared 1200% more than pictures and text combined.

The best of the work in this world is to help others achieve their goals and we are doing exactly the same. We have ameliorated many and are willing to advise and help as much as we can. Give it a go to our explainer videos and you will see a clear difference of your standing with those who had not acclimated themselves to changing skies in this world.  Thank you

Have a look at our Portfolio 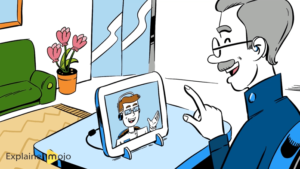 Emails too slow for you? Don't worry.

Present day, the web has become a survival of the fittest and you need to use the most effective tools in order to survive and outpace competition – Videos that inspire action. This is where Explainer Mojo comes in! The core-idea behind Explainer Mojo is the creation of extremely effective and high-quality explainer videos for businesses that aim to drive conversions. 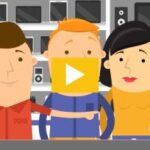 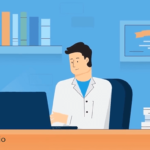 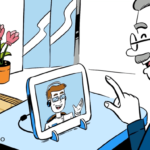 Fill out the form and we will get back to you within 12 hours!